Operating performance is defined as measuring results relative to the assets used to achieve those results. Efficiently for the purposes of this presentation could be defined as the ratio of output performed by a process or activity relative to the total required energy spent. This category is subjective in nature. Often measurements are viewed not only in relation to factors within a company but without it as well, which is done by making comparisons of company results to industry standards or benchmarks. Most often, making relative comparisons is the best way to fully understand results in this ratio category. In general this measurement tool is most often applied in a monetary or financial sense, though it also has applications in other areas such as regulatory compliance, ethics, and managing risk.

Understanding operating performance is critical in gauging the condition of a company. Consistently top-performing companies are always efficient operators, while poorly performing companies often have underlying issues which are creating poor results. Results will vary depending on the time period selected, but overtime should provide valuable performance insight.

The fixed assets turnover ratio measures how efficiently or effectively a company employees its fixed assets to generate sales. Trend analysis is beneficial in making sense of this ratio. Ideally the user would like to see a rising trend which could indicate efficiency or less required investment for a given sales volume. Conversely, a ratio result in a declining trend could indicate overspending or issues on the revenue side. Factors such as book value, age of equipment or, less often, different capital structures or strategic differences in methods of production may make industry comparison difficult. Sales or Revenue per Employee

Sales or revenue per employee uses average employee figures for the reporting period analyzed compared to sales. Ratio results are highly divergent and are driven by industry and strategic management choices. Trend analysis is helpful to gain insight into any operational or efficiency changes, or impacts from changes in strategy within a given company. Peer comparison is particularly important, as business type and size will substantially affect the ratio. The operating cycle is a concept that estimates the average the number of days a company takes to convert inventory to cash by combining the impacts of both the time taken to sell inventory and the time taken to collect cash from accounts receivable. It represents the completed production process.

Generally speaking, at least with regard to this and other conversion ratios, companies purchase inventory or raw materials on credit and later sell products on credit. These actions result in accounts payable and accounts receivable. Therefore, the actual transfer of cash, in either direction, does not come into play until the company pays payables and collects receivables. The ratio is a measure of operating efficiency and working capital management. The shorter the time required to complete the cycle, the better. The cash conversion cycle measures the time between cash outflows and cash inflows resulting from the primary business line, or production process. In other words, it illustrates how quickly a company can convert its products into cash through sales. The shorter the cycle, the less time capital is tied up in the business process, and thus the better for earnings. The AR turnover ratio is an indicator of operating efficiency. It measures the efficiency in money collection. Only sales made on credit are used in this evaluation because sales made on a cash basis are collected immediately. A high result indicates a company is collecting on receivables quickly. A low result indicates the opposite, and could be a sign the company needs to review slow paying customers. 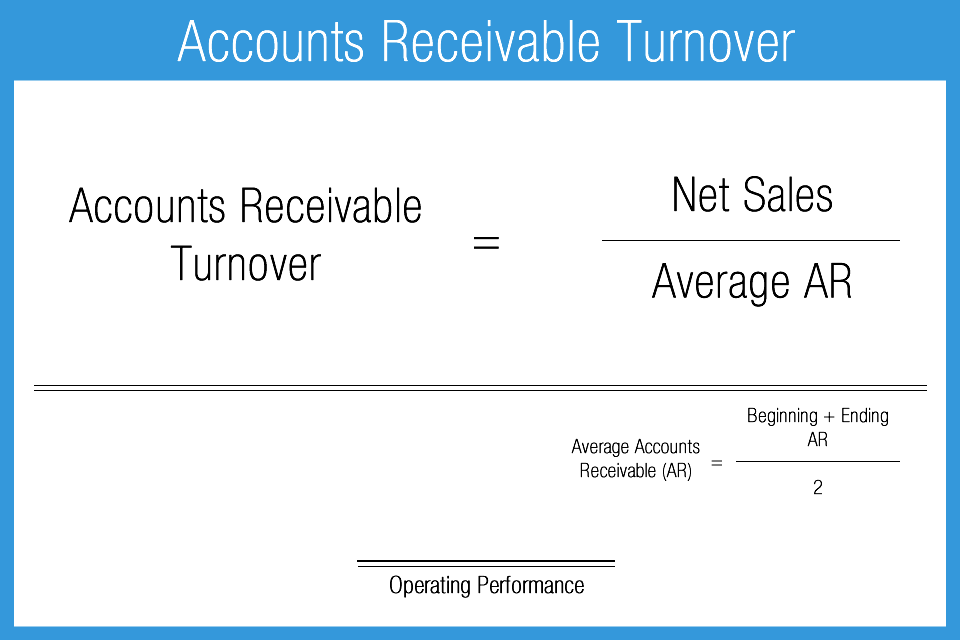 This ratio is of primary interest to both suppliers and lenders. Lower numbers are almost always better. Companies that pay quickly can often benefit by better terms or receive discounts. However, if the turnover result is exceptionally low it might indicate a company is paying too quickly. Paying too fast can be a loss of opportunity for a company to make money on existing savings. Paying too quick may also force a company to use more high interest credit lines which increase interest expense. Inventory turnover provides the average number of times inventory is sold during a reporting period. The ratio can be expressed either by the number of times during the period, or by the number of days. As with every turnover ratio, this is a measure of efficiency in operations. The quicker a company can sell its inventory, the better. Quicker turnover allows for more opportunities to generate profit, indicates that the company is selling a desired product, and reduces the chance of spoilage, obsolescence or the need to offer discounts. The ratio result is significantly influenced by industry type. For example, you should expect a local bakery to have a higher turnover compared to manufacturer of cruise ships. 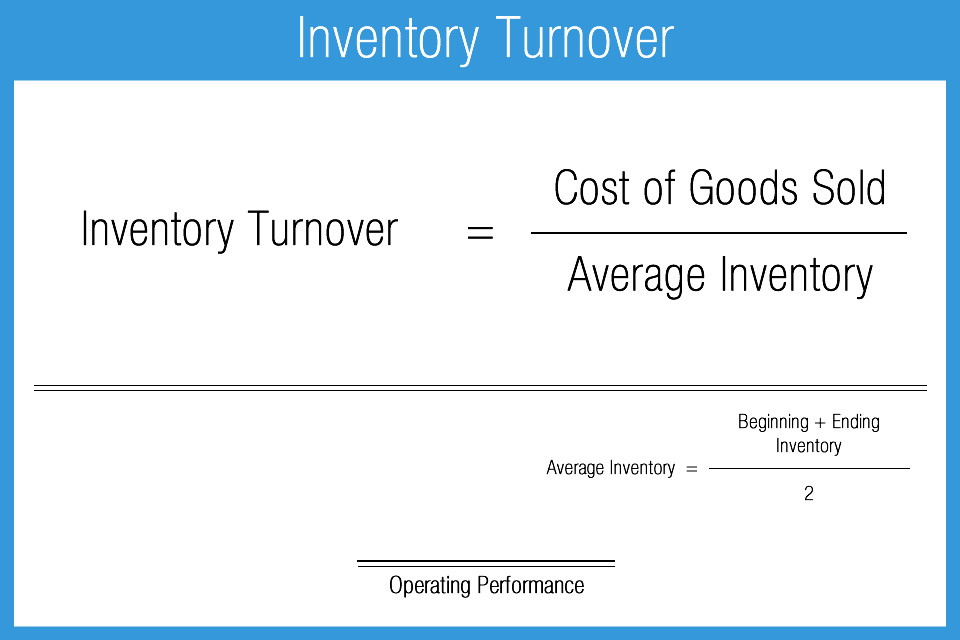